Our place in the Universe

Posted on April 9, 2013 by Science Brian in Science

So any time there’s a transit of Venus, everybody gets excited. Astronomers go on special trips, physicists prepare sensitive equipment…okay, not *everybody* gets excited, but a lot of scientists do.

But what is so exciting about it?

Well, for a start, it was how we first worked out where we are. 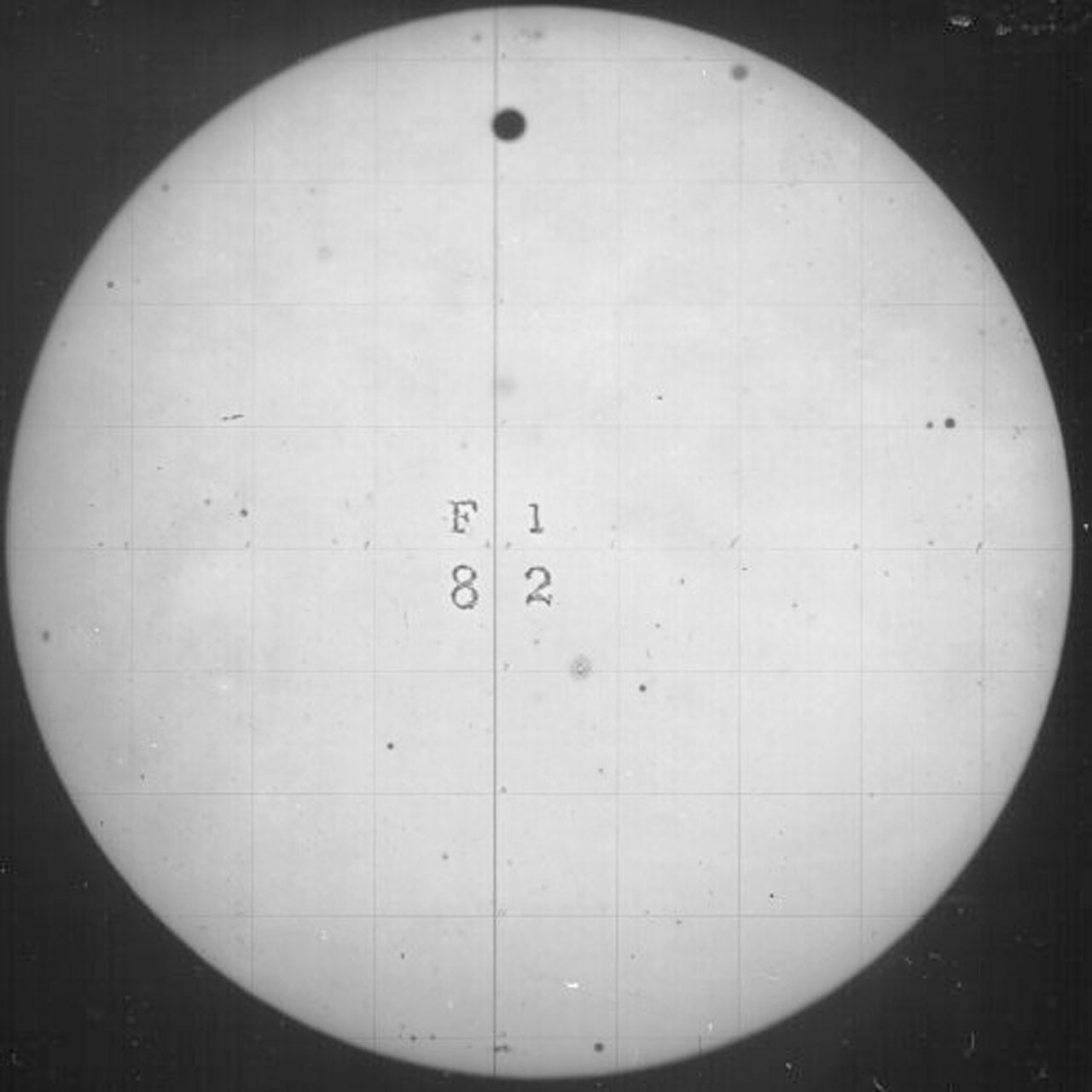 The black dot is Venus, on it’s way from left to right across the face of the Sun

But first, what is a transit of Venus? Well, it’s the celestial arrangement where, from our point of view, it looks like Venus’ path takes it right across the Sun. This doesn’t happen terribly often, although they come in pairs separated by 8 years – so the last one was in 2012, and there was one 8 years before that in 2004; before that it was 1882 and 1874; before that it was 1761 and 1769, and so on. So there could be a hundred years between one pair of transits and the next – the next one is in 2117.

Now, you might think that to calculate the AU by looking at Venus passing across the face of the sun would be complicated, but it’s not really – it uses, at it’s core, very basic geometry.

I’ll talk through it, using the most high-tech tools at my disposal – MS Paint

So, first off you need as many people as you can get to view the transit, and they all need to be as far away from each other as possible. For simplicity’s sake, let’s say we have two observers, one at point A and one at point B, at opposite ends of the Earth.

Where, exactly, the transit appears on the face of the Sun depends on where you’re standing – so observer A sees something slightly different to observer B. As you can see from the diagram, A will see the transit taking place near the bottom of the Sun, and B will see it as being much higher up.  A and B take a very careful record of where they saw the transit occur, then they meet up again and compare notes.

And once you have THAT distance, there’s just one last step. Kepler, and others, had worked out the relative sizes of each planet’s orbit, if not their exact sizes. So, in our case, we know that Venus’ orbit is 0.723 that of Earth’s. Which means that the distance from Venus to Earth is 0.277 of the full distance from the Earth to the Sun – et voila! We can then work out the full distance.

And after the 1761 and 1769 transits that’s exactly what happened, and a man with the rather wonderful name of Maximilian Hell calculated a figure for the AU which was within 97% of the true value.

The next transit, in 1874, was used to further improve the accuracy of the AU. I imagine, however, that the scientists on the HMS Treasure found it a bit difficult to keep their minds on the job…

(If any of you would like to have a go at calculating the AU for yourself, this page has a good walkthrough of how to do it.)