Now that I come to think about it, the lyrics of Chris Rea’s maudlin masterpiece are a fairly accurate description of an AST recording session at the best of times.

And I’m underneath the streetlights, but the light of joy I know
Scared beyond belief way down in the shadows

We can’t do time travel. Time is a strange thing which is hard to get a handle on, and the best definition I have come across of it is John Wheeler’s, who said “Time is what prevents everything from happening at once”. And it only points one way.

You want more than that?

Oh alright then, let’s talk about a weird idea. It’s not time travel like we here at AST depict, but it’s…well, let’s not get ahead of ourselves. 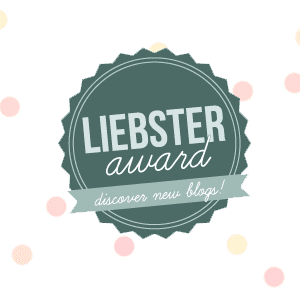 Action Dan and Science Brian help out by recycling jokes.

In these days of climate change, peak oil, fracking and Jeremy Clarkson, it behoves us all to do our bit for the environment. And what better way to help make a greener tomorrow than with a little recycling? So, as you listen to Episode 7 of Action Science Theatre, don’t sit there thinking, “I’m sure that sound has been in the past three episodes.” Instead, rejoice in the knowledge that, by recycling sound effects, we at Action Science Theatre are contributing to greener podcasting.

Hmm… need to work on my titles.

Anyway, as I discussed in an earlier blog, much of my time in editing Action Science Theatre is spent trying to find or create sound effects that sound as close as possible to the real thing. Sometimes, however, the reverse is true; what you want isn’t anything like the real thing, because the real thing is too nondescript, or simply inaudible. This is where stereotypical auditory cues come in, allowing the creation of what Vincent McInerney* calls ‘mindvisible images’ – instant visualisation of what is meant to be happening. While McInerney is talking about writing rather than sound effects, similar principles apply.

It’s Santa on a… I’m going to guess horse?

Most people these days are familiar with the idea of DNA – our genetic code. The big list inside us that enumerates – to a greater or lesser extent – everything about us. Eye colour. Height. Diseases or conditions we might fall foul of. How many limbs we have. Where our organs go. Naughty or nice. It’s what separates us from bananas, or monkeys, or trees. We pass this DNA down the generations, and this list is not something we can do anything about. The slow march of evolution takes hundreds of generations to make a change. I am stuck with my DNA, and so are you.

Except, what if we could just… ignore parts of this list? Just turn off this bit of DNA, or that bit? And then pass it on to our kids, a change in one generation…

Well, turns out that we can.

I’m not sure I can ever convey the wonderfulness of sugar. My greatest pleasures have come from a square lump being dropped into my case by the generous Dr Korb. Many question Korb’s methods, some even call him mad, but I have always found him an excellent companion during our time together. True, we cannot connect on a truly intellectual level, but I find us kindred spirits both looking for answers in a barren land that is not of our making.

One of my pastimes is reading comics. This is a favourite.

As my regular reader will know, I spend a lot of time in these blogs ranting about the ludicrous sound effects that Science Brian expects me to produce. Anyone who has listened to Episode 5, then, will expect this blog to be no different. Except that… when I first read the script for Solvay-nt Abuse – and saw that I needed to create a giant ant that rumbled, rattled its cage, smashed through the bars, roared, bit a scientist’s arm off, and then proceeded to crash its way through an explicitly marble-floored hotel – I passed straight through ‘ranting’ and emerged on the far side with a sort of cheery determination. Believe me, I was as surprised as you are.

The 1911 Solvay conference attendees.
With an addition by our own Action Dan

1911 was an interesting time to be a physicist. At that time, as best as anyone could figure out, the foundations of our understanding of physics seemed to be cracking. Small, annoying little differences between what classical physics predicted and what actually happened began to get bigger and bigger, and could never be explained away. These little threads were unravelling the whole tapestry of physics that had been built up since Newton.